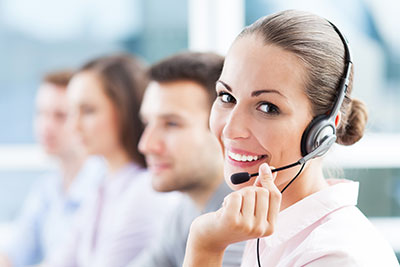 Plastic bags also called “poly bags” are shaped like two identically-sized rectangular plastic sheets (usually less than 250 micron thickness) fused together on three of the sides, with one side left for the opening.

How it is made?

Most plastic bags are made from polyethylene – more commonly known as polythene, which is made from crude oil and natural gas, non-renewable resources.

The most common way to produce polythene bags is by blown film extrusion, also called the “tubular film process.”

In Blown film production process - polythene melt is extruded through an annular slit die, usually vertically, to form a thin walled tube. Air is introduced via a hole in the center of the die to blow up the tube like a balloon. into the tube causing it to expand and form a bubble. Mounted on top of the die, a high-speed air ring blows onto the hot film to cool it. The tube of film then continues upwards, continually cooling, until it passes through nip rolls where the tube is flattened to create what is known as a ' lay-flat' tube of film. This lay-flat or collapsed tube is then taken back down the extrusion ' tower' via more rollers. The lay-flat film is then either kept as such or the edges of the lay-flat are slit off to produce two flat film sheets and wound up onto reels. If kept as lay-flat, the tube of film is made into bags by sealing across the width of film and cutting or perforating to make each bag. This is done either in line with the blown film process or at a later stage.

Low density polythene (LDPE): Ethylene polymer with densities ranging from about 0.916 to 0.925 grams per cubic centimeter

Polypropylene (PP): A thermoplastic resin made by the polymerization of high-purity propylene gas in the presence of catalyst at relatively low pressures and temperatures. It is used to make film, fibers, rope and moulded articles

Gusseted Poly bags – Plastic bags with fitted bottom and expandable sides (gusset) form to the shape of your product.

Zipper bag/Zip lock bags – Bags with simple slide zipper which back and forth to open and close the bag, which is made by three side sealing zipper bag making machine

Shrink film or bags - Bag/film which shrinks fit with the contents.

Drawstring bags – A bag that is closed at the top with a drawstring.

Merchandise bags – A bag usually coloured and printed with logo, design or slogan which can be used for presentation.

Center-fold sheeting – Lay flat tubing slit on one side before winding so that a long sheet is formed, that opens out to twice the film width

Lay flat tubing – Polythene bubble collapsed and wound up forming a tube. Can be Gusseted at sides (so the bubble opens out to a larger width). Ideal for packaging long 'difficult to wrap' items. Insert into tubing and cut to required length then heat seal both ends to create made-to-measure bags.

J-fold – A strip of material is removed from the polythene film before winding.

Centre slit tubing – A polythene film slited from the center and wounded on two different cores.